Rotating Savings and Credit Associations (ROSCAs) are grass-root micro-finance initiatives that are created within communities of families, friends, co-workers or neighbours, to share common resources in order to address the specific timely financial needs of its members. Run on a volunteer, collective base, members of these associations do not sign contracts and these informal agreements cannot be enforced through legal proceedings. Their functioning relies solely on mutual trust and the best interest of each member of these associations to make them work. Failure to abide to the agreed upon conditions of these associations result in some sort of social exclusion that becomes the unwanted punitive aspect of non-abidance, which is more than often sufficient to ensure compliance. All capital of ROSCAs are internal and, through them, communities can sometimes address individuals’ special financial needs such as weddings, new births, financial crisis or, in many cases, healthcare costs. 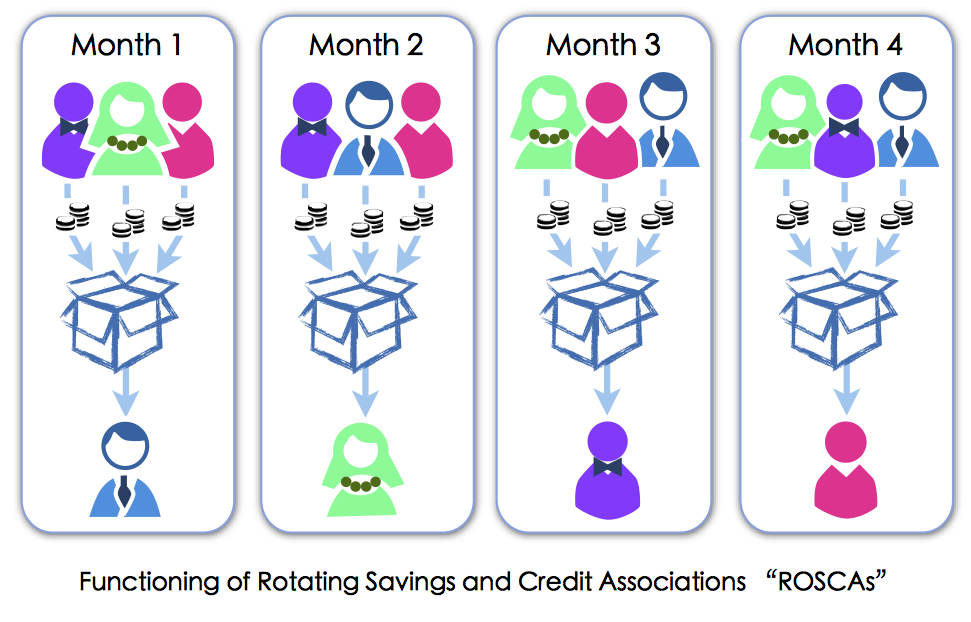 This community intervention is widely used in Egypt, throughout different socio-economic classes as an informal arrangement aiming at mitigating individual financial crisis or for saving purposes. Its functioning relies mainly on inherent trust between its individuals. It usually has a cyclic nature or a pre-set start and end times.

Why is this relevant?

ROSCAs are being widely used around Egypt as a social solidarity tool to address financial needs of individuals and families. These include marriage, new births, deaths and, among other financial needs, health concerns and catastrophic burdens of disease to those with limited financial resources.

These arrangements have shown significant successes in mitigating financial crisis through community solidarity and in addressing trust issues that stand in the way of other government-implemented interventions. There is a high degree of commitment between its participants and moral hazard or abuse are heavily controlled through the way they function.

Yet, ROSCAs generally lack flexibility and usually have a predetermined life span. This makes them suitable to mitigate immediate or sporadic health crisis but not often used for prevention of health risks or as safety nets against the burdens of disease.

The success of this model and its relative simplicity makes it a potentially favourable ground for adaptation into community health systems that can provide additional layers of protection against the burdens of disease, towards achieving universal health coverage to communities that fall short of responding positively to other formal arrangements.

Shamseya is carrying out a field research study that attempts to assess the current role ROSCAs play in reduction of poverty caused by a health-induced financial crisis occurring to families living in the Waraq district and how these arrangements can further improve the realisation of the right to health this community’s district through their scaling up, expansion of their role or evolution to encompass more advanced components of the right to health as an essential element of a healthy and equitable society.

This research is carried out in the target community of Waraq in Giza through qualitative and quantitative components and has been selected among 60 proposals to be included in the World Health Organization‘s case study portfolio on human rights-based approaches in January 2015.